Evaluating the nutrition of five species of cebidae and cercopithecidae before, during, and after switching to a fruit-free diet at the Mulhouse Zoo 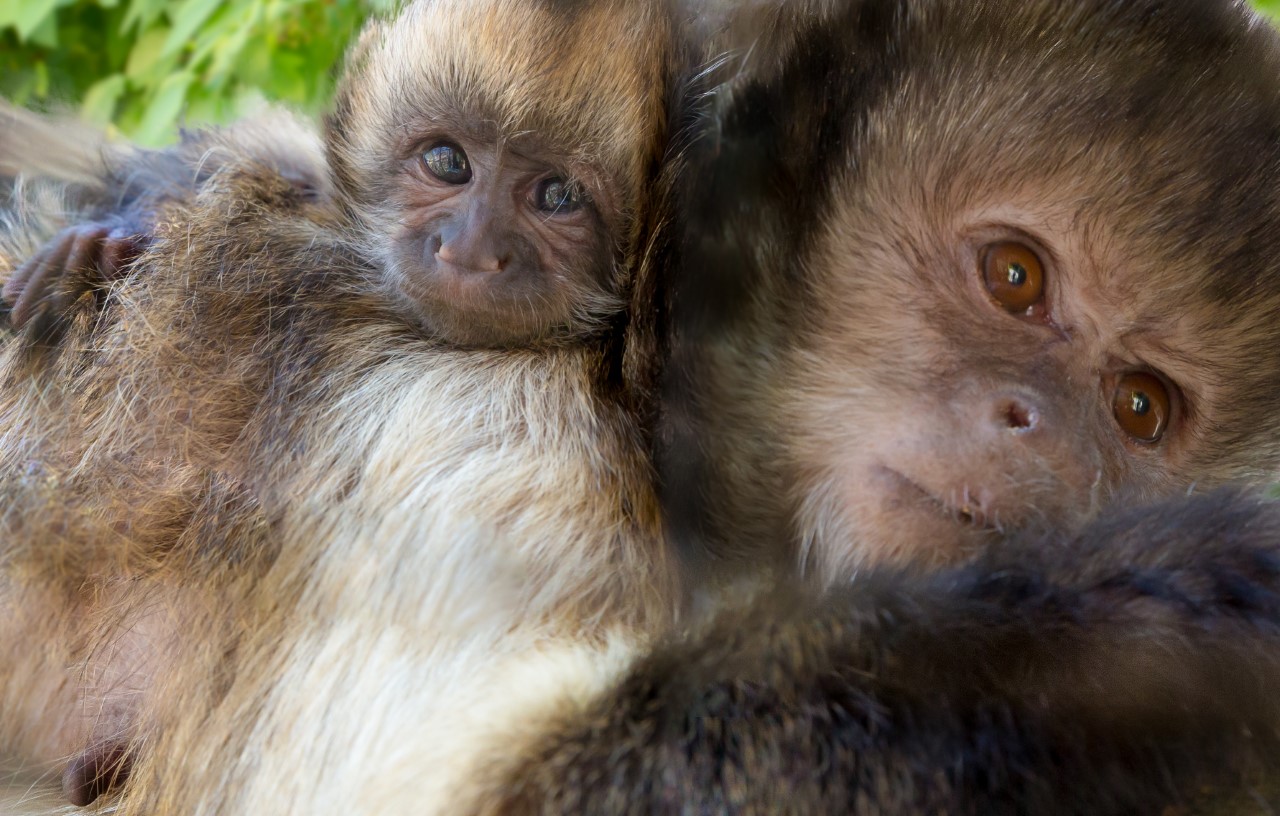 Several species of primates currently live at the Mulhouse Zoo. Health issues are observed in some individuals: obesity, dental abscesses, diarrhea, and behavioral problems: gluttony and aggression. All those symptoms could be linked to high content of sugar in the diet as described previously (Plowman, 2013). A switch to a fruit-free diet was thus decided. The study is based on five monkey species of the zoo, all including some individuals presenting the previously detailed health issues: Colombian spider monkey (Ateles fusciceps robustus), owl-faced monkey (Cercopithecus hamlyni), L’Hoest monkey (Allochrocebus lhoesti), Roloway monkey (Cercopithecus roloway), and yellow-breasted capuchin (Cebus xanthosternos). Nutrition and ethological reviews were conducted in May, June, and July to follow the switch toward the fruit-free diet. These included an evaluation of the nutrient composition of the diet, a body condition scoring, a fecal consistency monitoring, as well as aggression, and food choice during the two main meals of the day. Previous diet included vegetables, cultivated fruits, and some extras like cereals, cheese, chicken breast, nuts, eggs, cornflakes, or insects. The diet was higher in carbohydrates, sugar, and ?6:?3 ratio than required in the guidelines. The main purpose of the fruit-free diet is to decrease sugar content and energy amount offered by food and increase fiber. Transition period takes five weeks where the fruits are gradually removed: at first, bananas are removed from the ration, and the choice of fruits during the day is limited. Then, the fruits were removed from the main meals, and only the apple snacks were kept. From the third week of transition, only one snack is offered to the monkeys, and during the fourth and fifth week, the snack is offered every two days before being completely eliminated. The new diet will offer more diversity of vegetables and some extras like animal proteins, nuts, cheese, and leaves. The study aims to evaluate acceptance of the new ration after the transition, faecal consistency, aggression levels as well as general wellbeing in the groups. Improvement of health issues will be seen in the long term, especially for expected BCS and dental issues. In terms of nutrient composition, mean sugar content has been divided by 2, percentage of fiber increased to between 2 to 4%, ?6:?3 ratio is between 2 and 10, and the ratio Ca:P increased to 0.8 at 1.2.