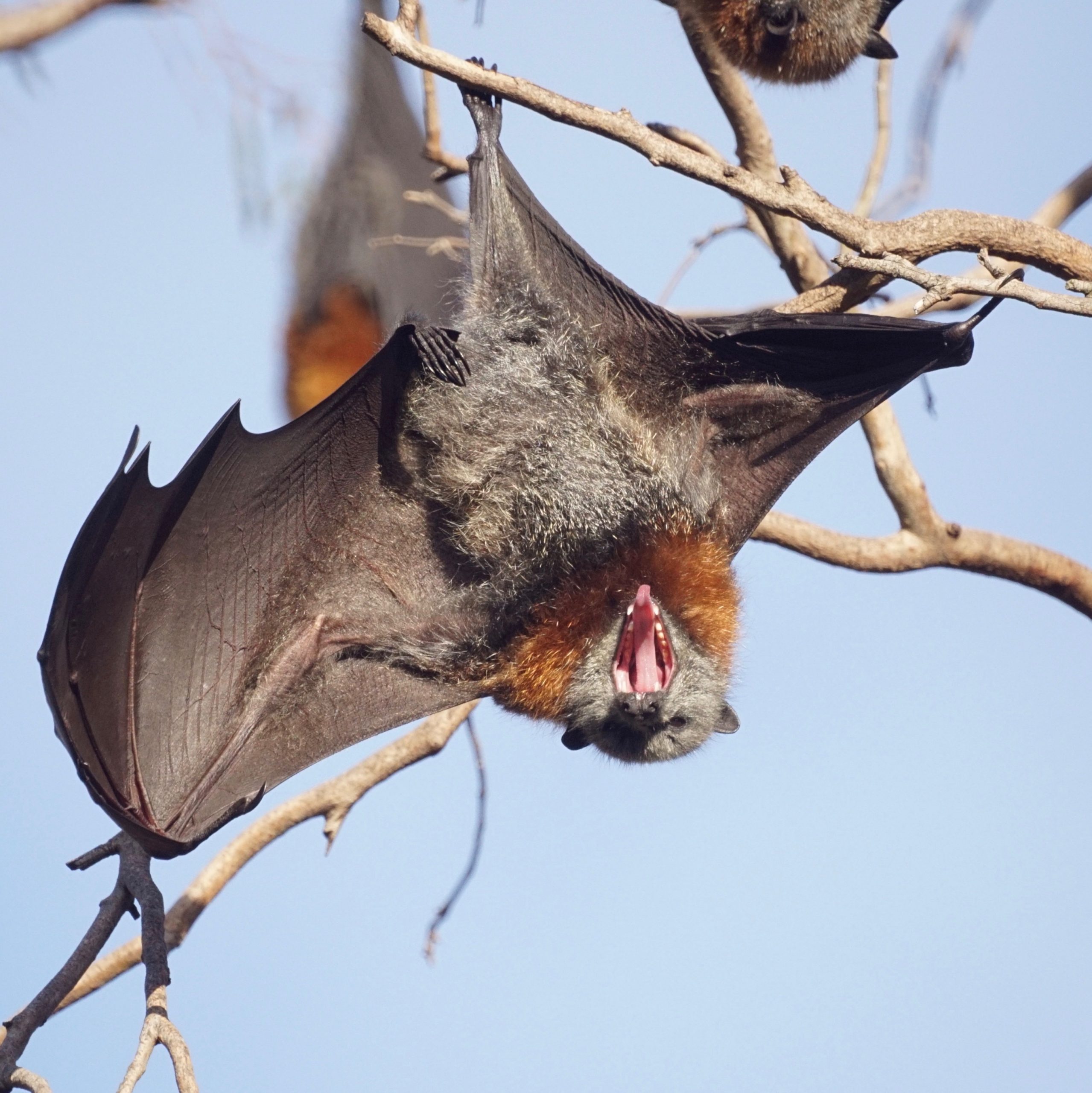 Bats (order: Chiroptera) account for one-fourth of the world’s living mammals. Their closest taxonomic relatives are still debated, but Chiroptera are commonly included in a supraordinal grouping along with the Dermoptera (flying lemurs), Primates, and Scandentia (tree shrews).58 There are over 900 species of bats, divided into two suborders: Megachiroptera, consisting of the single family Pteropodidae, and Microchiroptera, consisting of 16 highly diverse families. Megachiroptera are primarily limited to the Old World tropics and subtropics, whereas Microchiroptera are found throughout the world.
Bats exhibit a great ecological, behavioral, and physiological diversity that makes them popular exhibit animals in zoological parks and fascinating subjects of research. Species in the Megachiropteran  family Pteropodidae are primarily plant-visiting bats and feed on fruit and on flower resources (nectar  and pollen), although some have been observed practicing folivory by leaf fractionation. They chew the  leaves, swallow the juices, and spit out the residue. The 16 families of Microchiroptera include species  that eat primarily fruit (frugivorous), nectar and pollen (nectarivorous), insects (insectivorous), blood  (sanguivorous), small mammals, birds, lizards, and frogs (carnivorous), or fish (piscivorous).

This diversity in feeding strategies, along with limited knowledge of environmental and physiologic requirements, limits the species that can be successfully maintained in captivity. The frugivorous and nectarivorous bat species found in the families Pteropodidae (Megachiroptera) and Phyllostomidae (Microchiroptera) have been maintained in captivity with the greatest success, due in large measure to their preferences for soft, sweet fruits and the ability of zoos to satisfy those preferences with adequate diets. It has been demonstrated that the golden-mantled flying fox (Pteropus pumilus) and the greater musky fruit bat (Ptenochirus jagori) can use olfaction to locate fruit and assess its ripeness.Diets for captive fruit bats have traditionally been based on feeding habits in the wild. Studies on wild bats include attempts to collect and analyze food items that they have been observed eating and to identify foods consumed through examination of fecal or stomach contents.23,30,42,48,57,65,70,74 These data, while important, are not sufficient to set nutrient requirements, and the specific nutrient needs of frugivorous and nectarivorous bats remain virtually unknown. The studies of nutrient requirements that have been conducted and diets that have been successfully used in captivity are discussed in the following pages.