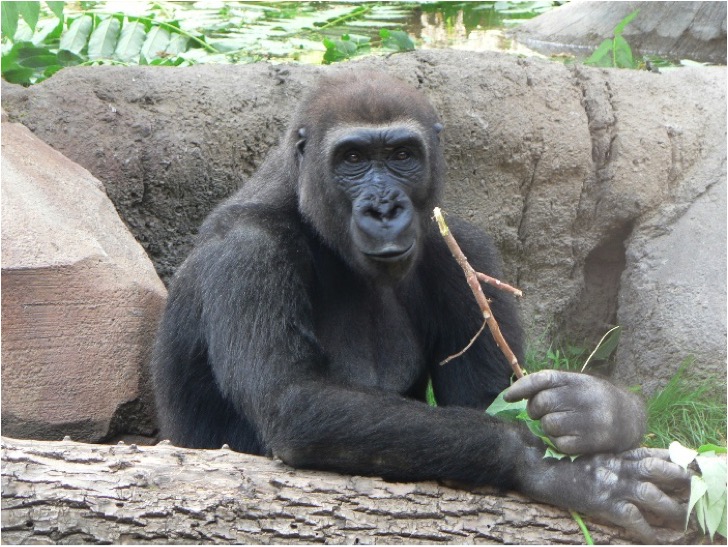 Two male western lowland gorillas (Gorilla gorilla gorilla) and one female northwest Bornean orangutan (Pongo pygmaeus pygmaeus) at Omaha’s Henry Doorly Zoo and Aquarium have exhibited recurring regurgitation and reingestion (R&R) behavior. No negative health effects have been noted related to this behavior in the two gorillas; however, the orangutan has had multiple cavities that are suspected to be related to R&R. In addition to the potential health ramifications, R&R is considered an undesirable behavior for zoo visitors, and though it is common in captive apes, it has not been observed in wild populations. Our goal was to reduce or eliminate R&R behavior in the two affected gorillas by implementing a biscuit-free/low-starch diet suggested by several other zoos. In the two gorillas, this treatment had the unfortunate effect of increasing R&R behavior to more than double its previous frequency. Due to the lack of success in reducing R&R behavior in these gorillas with the implementation of the biscuit-free/low-starch diet, and once again upon the recommendation of other zoos, our next strategy was to try providing daily access to browse for affected individuals. Daily browse was offered to one gorilla and one orangutan. Initial results seem promising but inconsistent, and continued observations are needed.