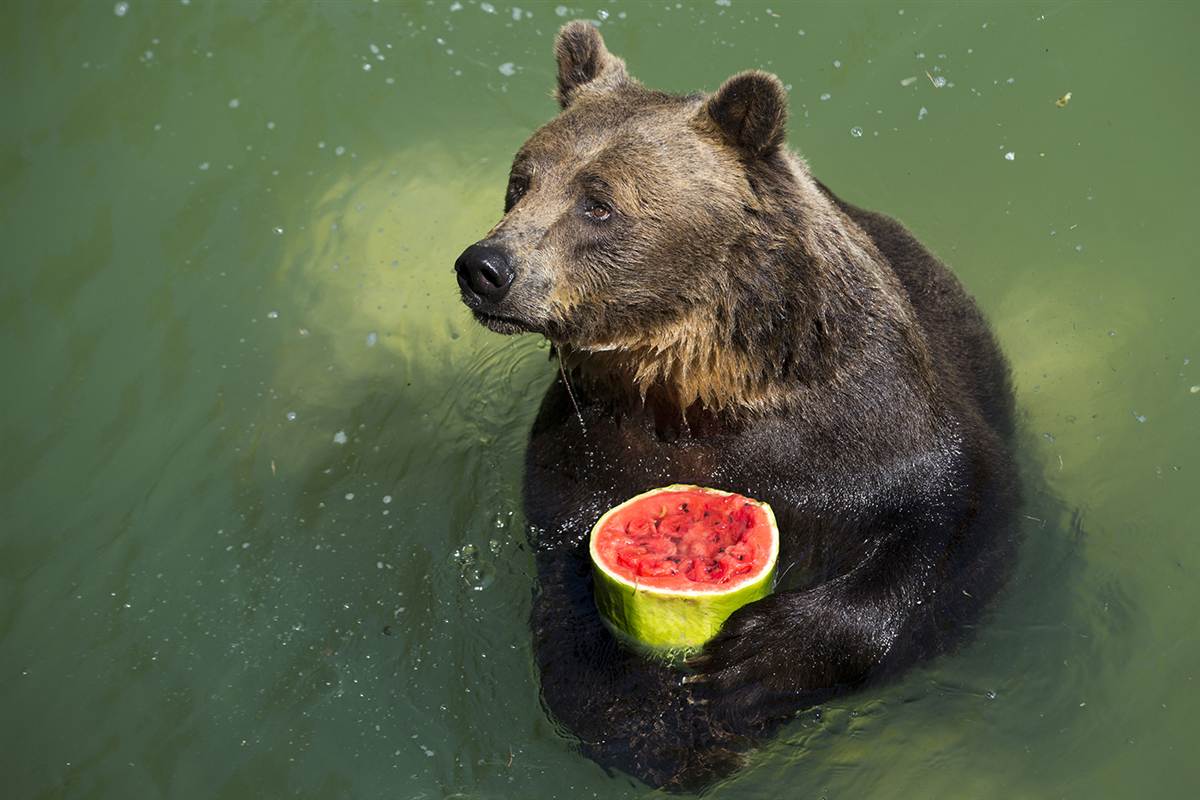 From 1995 – 2008 the brown bears (Ursus arctos) at Brookfield Zoo were fed a standard diet consisting of carnivore meat products, fish (seasonally), dog food, apples, carrots, lettuce, bread, and a small assortment of fruit as treats. The diet increased or decreased in amount based on the bears’ motivation for food (i.e., by season), but the diet composition was rarely changed to reflect what the bears would seasonally find in the wild. Under new direction, it was determined that the obese bears needed to lose a significant amount of weight and a seasonal-like diet should be implemented. Additional variation in diet items, high levels of greens and produce during the spring months, and increased meat items in the fall months were some of the changes applied to the bears’ diet. Working with the keepers to provide exact amounts of dietary enrichment items and items that can be easily scattered around the exhibit increased the bears’ activity levels, reduced stereotypic behaviors, and by the second summer resulted in the lowest weights ever recorded for the adult males.