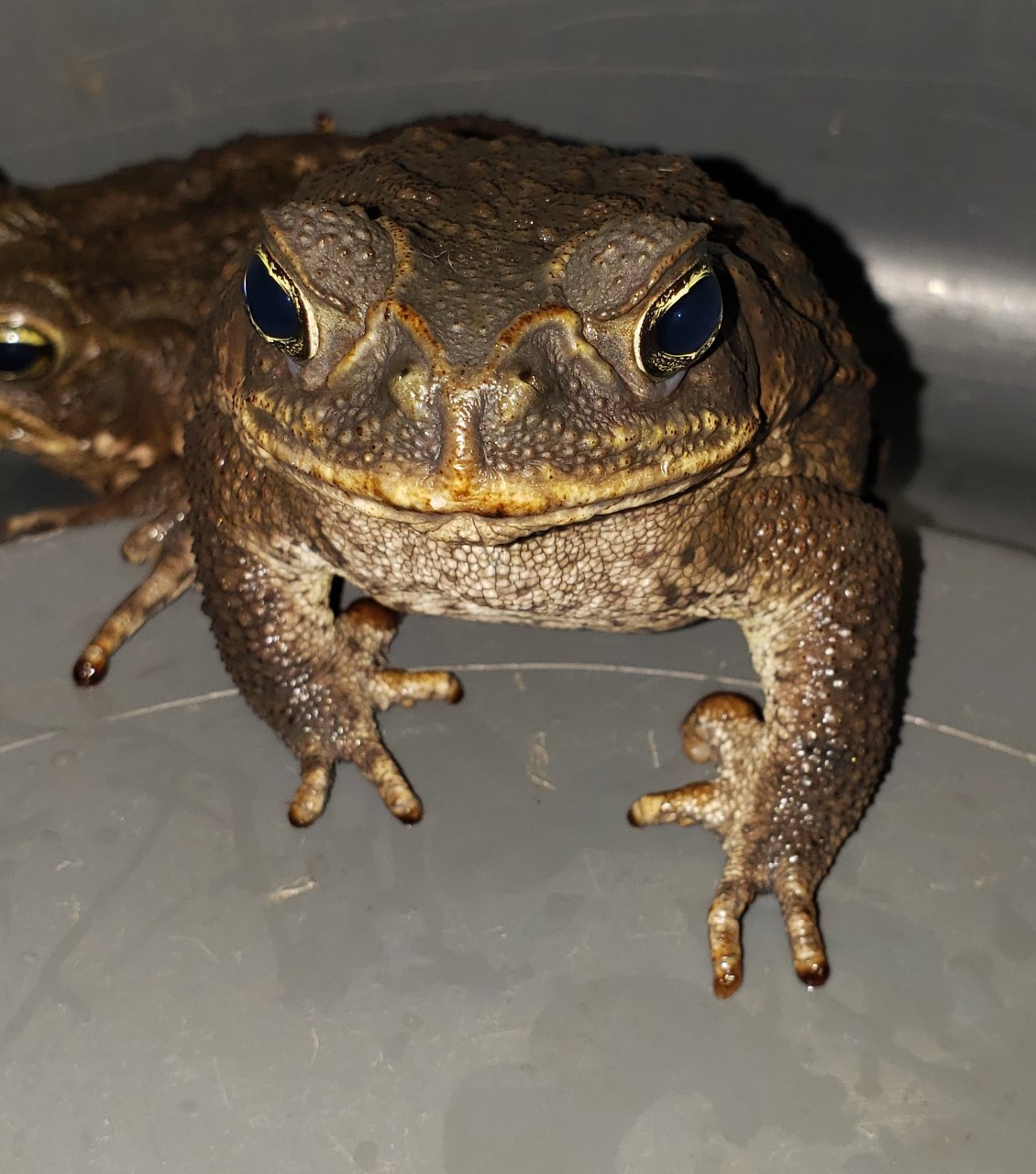 As a response to the increasing global rate of extinction of amphibian species, multiple survival plans have been developed to preserve threatened species. However, the nutritional needs of post-metamorphosis amphibians are not well understood, particularly with regard to fatty acids. Fatty acids are integral to many biological functions; thus, they provide an important insight into the health status of animals in managed care. Marine toads (Rhinella marina) have proven to be a successful model for amphibian research due to their large population size and status as a dangerous invasive species. The purposes of this study were to provide novel data on circulating fatty acids in toads and compare circulating fatty acids of free-ranging toads to those in managed care for 60 days. Thirty-six individual fatty acids and seven fatty acid groupings were examined. Results showed seven individual fatty acids (18:0, 18:1n9, 18:3n3, 20:3n3, 20:3n6, 20:4n6, and 22:5n3) and three fatty acid groups (omega-3, highly unsaturated fatty acids, and monoenes) were higher in free-ranging toads (n = 10), while seven fatty acids (16:0, 16:1n7, 18:2n6, 18:3n6, 22:0, 22:4n6, and 22:6n3) and two groups (omega-6 and poly unsaturated fatty acids) were higher in managed care (n = 12; P ? 0.05). Both essential fatty acids (18:3n3 (alpha-linolenic) and 18:2n6 (linoleic acid)) and several of their derivatives were therefore affected during managed care. The omega-6 to omega-3 ratio was higher in the managed care toads primarily due to 18:3n3 being higher and 18:2n6 being lower in the free-ranging population (P ? 0.05). Only the free ranging animals (five males and five females) could be compared for sex differences. While several significances were found, females had a lower omega-6 to omega-3 fatty acid ratio. Five fatty acids (12:0, 16:1n5, 18:1n5, 18:1n7, and 20:3n9) were not present in detectable amounts in any sample. It is noteworthy that amphibian fatty acid profiles have several differences when compared to both published mammal and reptile data. Changes to circulating fatty acid profiles due to husbandry may have long term health and reproduction impacts. Further studies over longer managed care time periods with more individuals from numerous species are needed to develop appropriate managed care nutritional husbandry programs for various amphibian species.