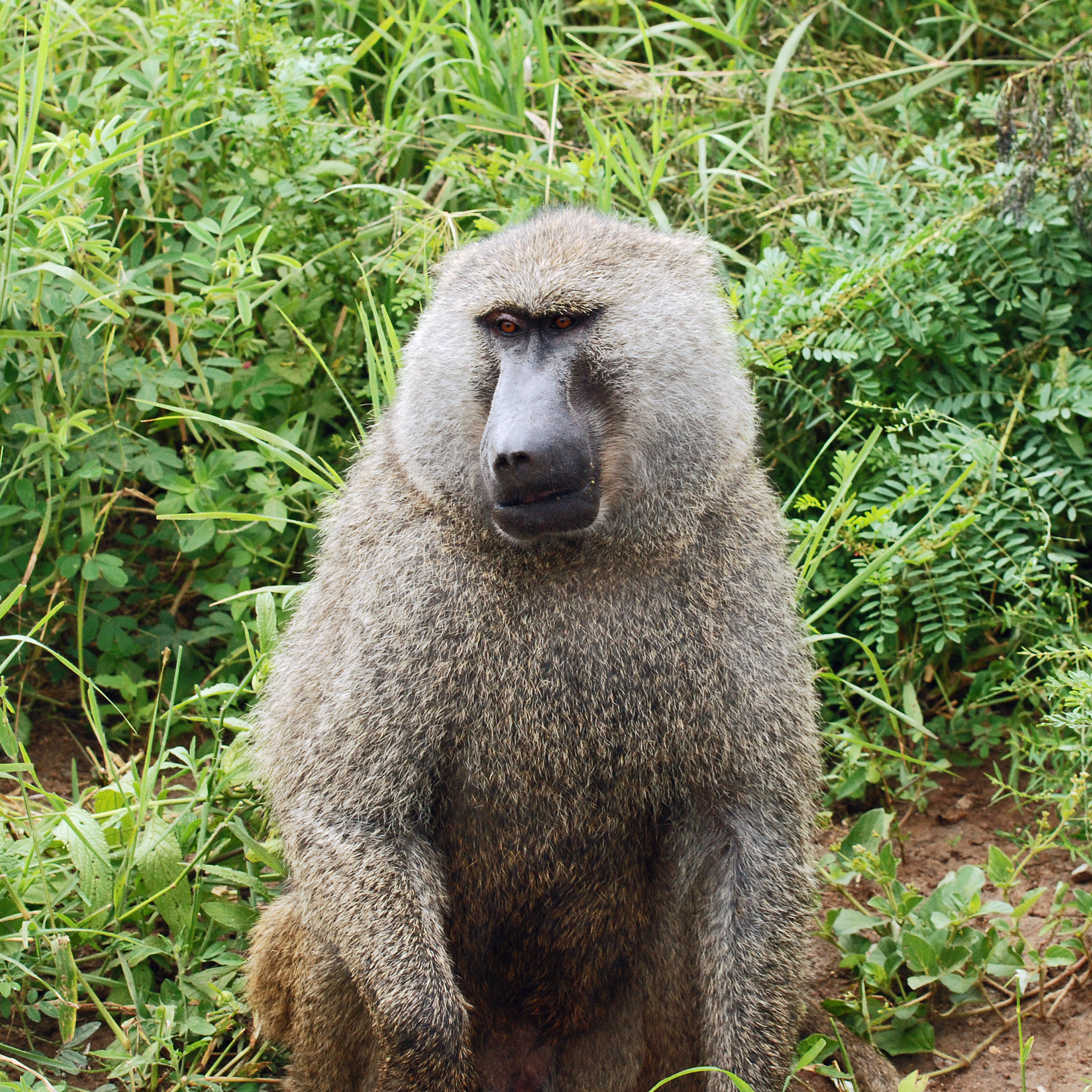 The olive baboon (Papio anubis), also called the Anubis baboon, is a member of the family Cercopithecidae (Old World monkeys). The species is the most widely ranging of all baboons